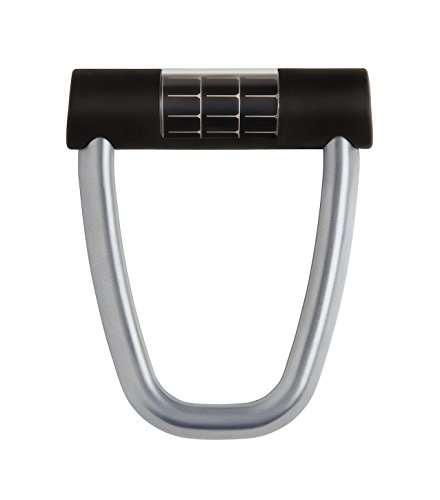 ​Thousands of bikes are stolen every month even if they have lock on them. This is because a majority of locks are composed of weak materials that are very easy to break with the help of a sharp bolt cutter or a similar tool. A solution to this common problem is introduced by Lattis by making a “Smart” Ellipse Keyless Smart Bicycle Lock that operates without a key. The lock is integrated with a smartphone and one can lock/unlock their bike using their smartphone very easily. Moreover, the lock can charge itself thanks to a built-in solar panel in the lock that self charges it automatically. Plus, it will send you an alert in case someone tires to tamper with the lock. This kind of security definitely is unmatched.

​Bluetooth locks are now a thing thanks to the Ellipse lock. The lock has a 17mm high-grade chromoly steel shackle which is hard to break even with the sharpest of tools. Cherry on top is that it is operated without keys. The user controls the locking/unlocking mechanism using a smartphone. The Ellipse smartphone app is available for both iOS and Android devices and is very easy to use. Even if a thief tries to tamper with the lock, a signal frequency passes an alert on your phone notifying you of the theft. Hence, it can be said that this lock is both durable and smart enough to stop a robbery.

Who is This Bike Lock for?

​Bike owners who want to take the safety of their bikes to a new level should buy this ​as it’s a Bluetooth connected device with added safety. The chromoly shackle on the lock is 17mm in thickness which beats almost every lock in terms of durability. So, if you want to have a bicycle lock that doesn’t require any keys to lock or unlock, has an anti-theft alerting system, has a wide range of connectivity and eliminates the hassle of forcing the key into the slot while looking good on the bike then this is the right product for you.

What’s Included out of the Box?

​When you buy the Ellipse lock, you only get the long along with a manual. There are no keys or mounting bracket in the box. 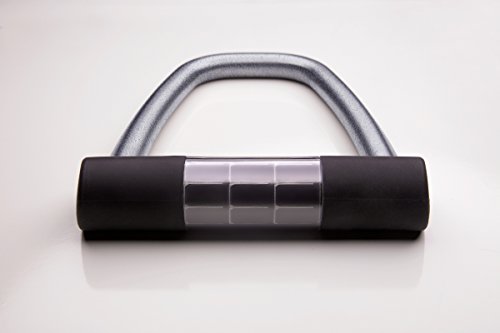 Once you buy the lock, you can download the Ellipse app from the Play Store or Apple Store to connect your smart device (phone or tablet) with the lock.The app lets you lock/unlock the lock with a single tap on the big blue button. You can also enable the lock/unlock proximity feature to stop auto locking and unlocking. You also get theft alerts if someone tries to steal your bike. The sensors inside the lock detect the motion and force and send an alert on the owner’s phone.Other than that, you can also share bike access with family and friends using the app. It lets you create a network and a password (a unique combination) that makes it possible to share the bike. Another benefit of the app is that in case of an accident, it notifies emergency contacts about the incident.Moreover, you can set a password to lock and unlock the bike in case you do not have your phone on you. The app can be downloaded on all Android devices that have version 4.4 or above and Apple devices with version 9.1or above.

The best thing about this lock is that it has a wide range of connectivity radius. The connection between the lock and a smart device is operational within a radius of 800 feet.

A few hours of sunlight exposure can charge the lock for a week’s worth thanks to the built-in solar panel that self charges the battery. The battery does not drain automatically, and can work in all weather conditions.

​​The Ellipse Keyless Smart Lock is the next big thing in the world of bicycle​ safety. It offers both security and convenience. Plus, it makes it easy to share the bike without having to exchange keys since the bike can be locked and unlocked with a code. In addition to this, the safety is doubled as the lock alerts you in case someone tries to tamper with it, and also keeps you guarded in case of an accident by sending alerts to whoever you added in your app contact.This is truly a smart lock.

​The lock is integrated with a smartphone and one can lock/unlock their bike using their smartphone very easily. Moreover, the lock can charge itself thanks to a built-in solar panel in the lock that self charges it automatically. Plus, it will send you an alert in case someone tires to tamper with the lock. This kind of security definitely is unmatched.