Ebikes are great. They’re super helpful when you need to get places that aren’t far enough for a car but too far to be worth walking. And unlike regular bikes, you don’t have to worry about getting hot and sweaty on a summer day.

SUPER73 is a famous maker of eBikes, with various eBike lines under its belt, but one of its most notable offerings is its Z-series of eBikes.

With all the options to buy from the Z-series, which one is worth it? Are any of them worth their money?

Below we’re taking a look at all the Z-series line of bikes has to offer to answer those questions. By the end, you’ll be sure to know which, if any, of the bikes are suitable for you.

What Is the Z-series

First things first, where are SUPER73 bikes made? They are manufactured in the SUPER73 factory located in California. SUPER73 has made three models dedicated to different tasks, but as a whole, the Z-series are presented as the cheaper, beginner’s option.

But how much does a SUPER73 cost? They cost considerably less than some other bikes and aren’t capable of what the more extreme ends of the spectrum can do. You won’t be going off-road or pulling any BMX stunts with these.

If you’re looking for something to have a wild time with you’re bike, taking it off-road and pushing it as far as it can go, then the Z-series is not for you.

If that doesn’t immediately be a deal-breaker for you, then it’s worth looking at the three options SUPER73 gives when looking at their Z-series in the SUPER73 Z series review.

If you are wondering “Which SUPER73 should I get.” Then you are in luck: There are three different bikes to choose from with the Z-series. SUPER73 built all of them to serve another purpose. You may also be wondering “How much does a SUPER73 weigh?” That will ultimately depend on the model that you choose. There are lightweight options such as the Z-Miami and heavier variants such as the ZX.

First is the Z-Miami, which is supposed to be a small-scale bike for rides around the neighborhood.

There’s the ZX, which is geared towards longer repeated journeys made regularly.

And finally, the Z1 is the more affordable and friendlier option to Miami.

The variety works in the Z-series favor. It gives the line many options to choose from to suit your specific needs.

Let’s take a look at these SUPER73 reviews, shall we? 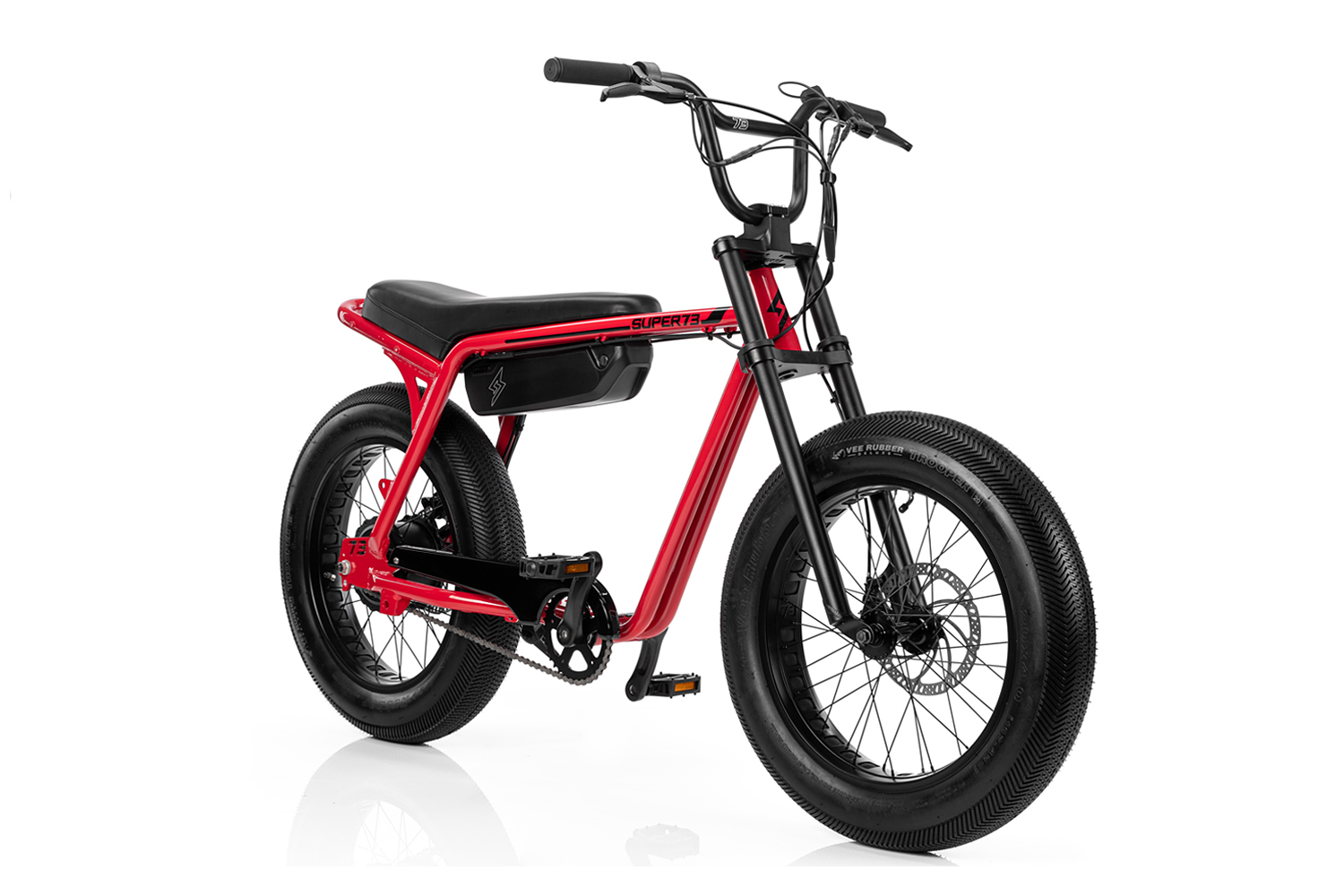 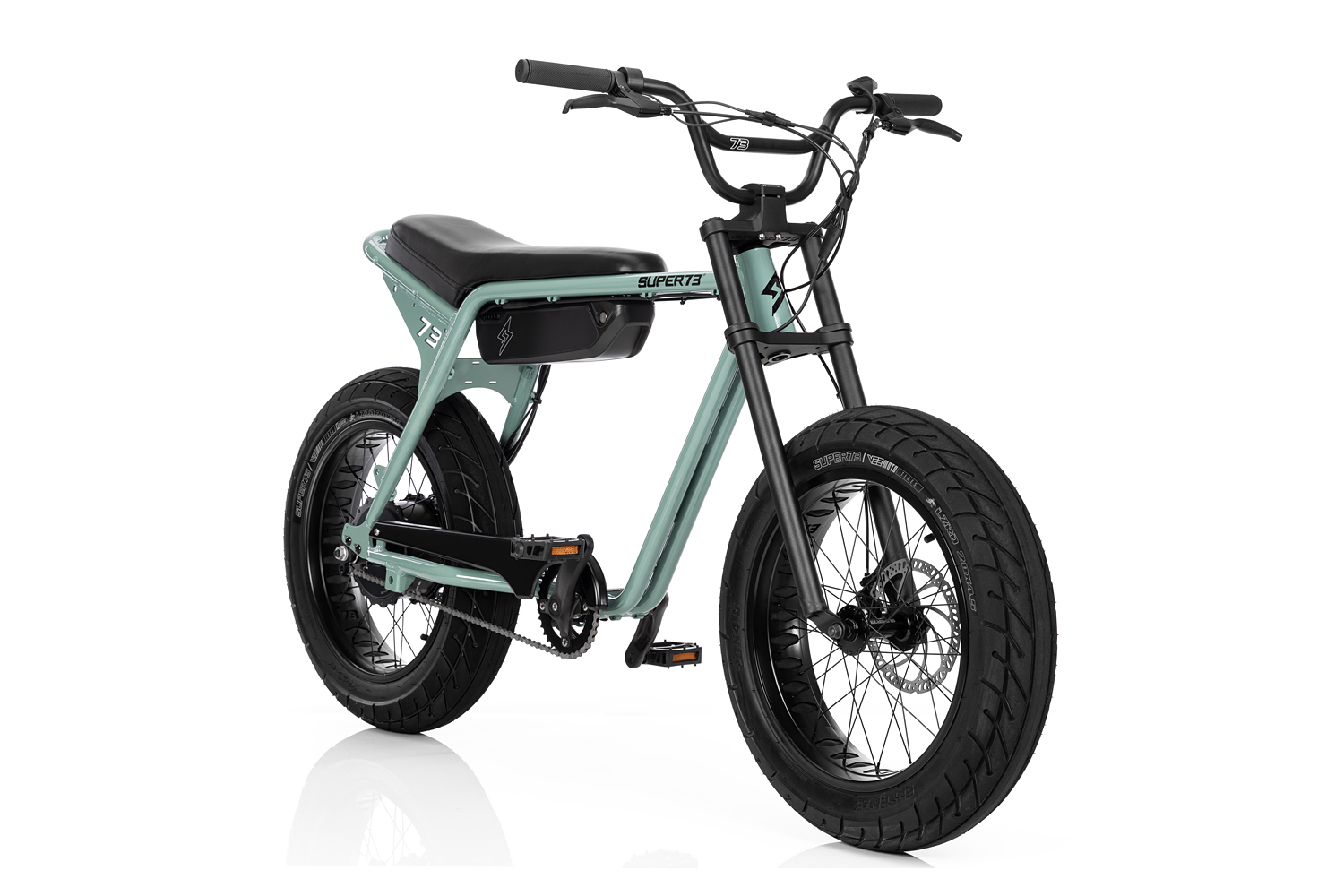 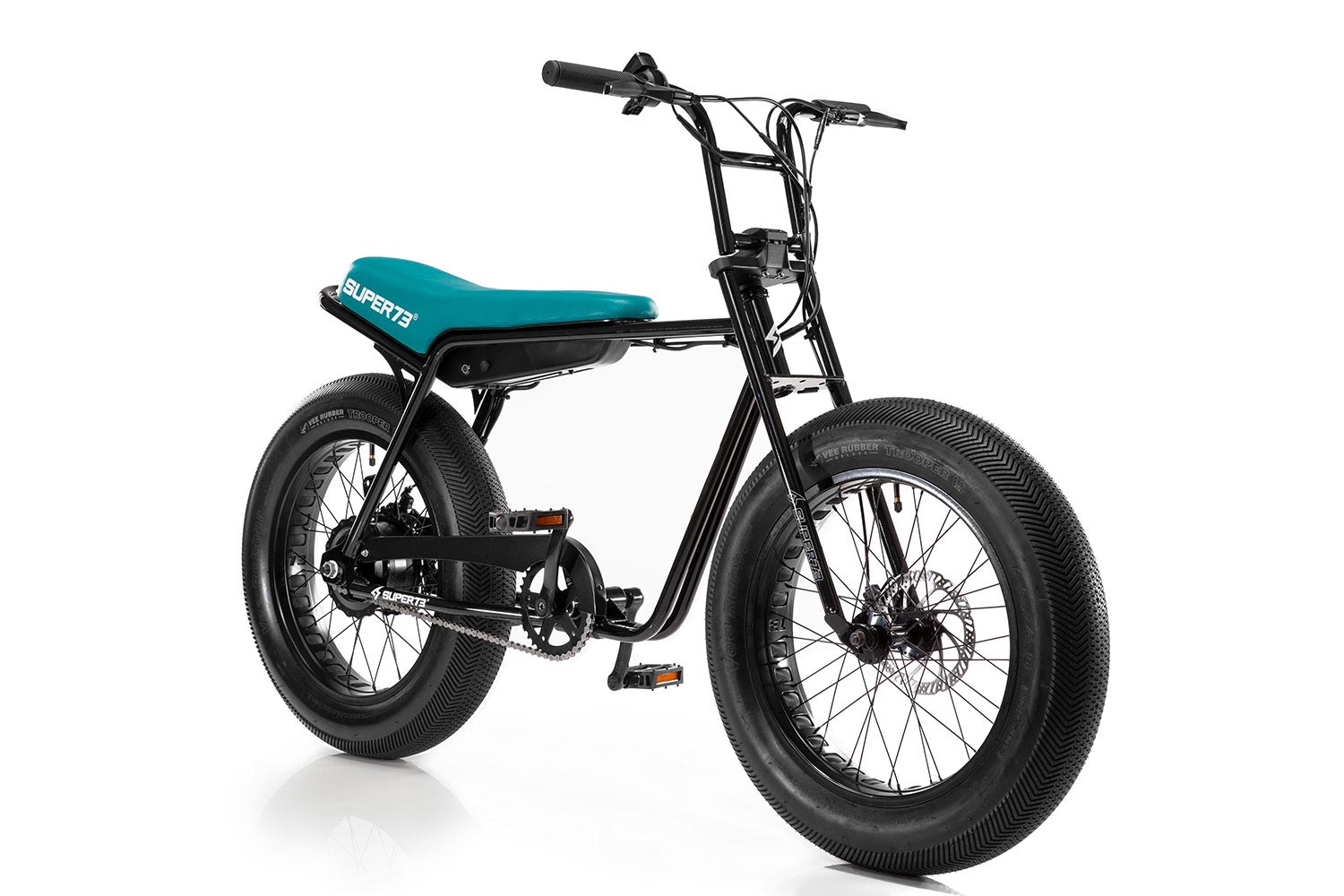 The first SUPER73 review on the list is the Z-Miami which is intended for small-scale rides. SUPER73 says it’s a starter bike, being a launch point to get into the rest of SUPER73’s eBikes.

The bike has an aluminum frame that makes it lightweight. That’s good because the bike’s battery doesn’t have the best range.

The bike gets upwards of 30 miles using the Class 2 throttle, but it gets bumped up to over 50 miles if you’re using pedal assist.

The range is relatively good for what the bike is made for. It’s not for long journeys or commutes beyond may be going out of the neighborhood.

What stands out to me most about this bike is the smart display. The diamond-shaped module on the right handlebars form which you can control the eBike’s features.

You can change which class setting you’re using with a flick of the thumb, and you can even connect it among doing other things with it.

The smart display can show you your speed, give you directions through GPS, and even see how much battery is left. It’s an elegant support system that makes the bike more comfortable.

The bike measures 28 inches, giving it a wide height range from 4’6 all the way to 5’11. This is the widest height range in the Z-series, so it’s a massive benefit to the bike.

Overall, it’s a solid choice, but don’t expect it to be more than a fun casual thing. Its smart display is super helpful in giving you info about your ride, and the varied height range makes the bike a fantastic one-size-fits-all purchase.

The Zx is SUPER73’s next model in the Z-series. Unlike its counterparts, this model is bulkier than others, which adds some good durability to the bike.

Its range is relatively similar to the Miami, giving you 30 miles using the Class 2 throttle and over 50 miles if you use pedal assist. It’s a relatively decent range, but nothing super stands out.

The battery on this bike is also detachable. I like this feature since it makes charing it easier. Just bring it indoors and let it rest for the night, ready to go by the morning.

The ZX weighs around 63 pounds, making it a decently weighty bike, so traveling up hills can be tricky, and its lack of suspension makes traveling on rough roads difficult.

Not only is the bike heavy, but it’s also bigger than the Z-Miami. Its seat height is 31 inches, making it recommended for riders between five and six feet tall.

The ZX also has a larger seat cushion with extra padding to make it more comfortable for larger riders.

Its tires are LZRD geared for street use and have excellent longevity when used correctly. Letting out some of the air from the tire does help with this, but it will mess with the bike’s mileage.

Just like the Z-Miami, it comes with a smart display, which you can connect to your phone and change settings with minimal effort. The features are the same as the Z-Miami, so I won’t’ get into them here.

Overall, the ZX is a reasonably good bike. It’s not super distinguishable from the Z-Miami, but the most crucial part is its larger size. The size makes it more suited to adults, and the durability makes it great for prolonged, sustained use.

Even if you don’t intend to bring it on extended outings, nothing says you have to. The bike is just as capable of a Sunday joy ride as it is on a trip to the park a few miles away.

Out of all the options, the Z1 is the cheapest option of all the Z series. On its face, that gives the bike a utility for being a beginner’s bike, whose unsure how invested they’ll be into eBikes.

The range of this bike is upwards of 15 miles in class two speeds, which does clear the bike for no license on the road use at the minimum age of 16. However, its slow speed does mean you’ll want to stay off any intensive road.

Unlike the other eBikes in the Z-series, the battery is not detachable, which is unfortunate. The bike only weighs 56 pounds, meaning it is light enough to carry inside.

The bike measures 27 inches, so it’s geared towards riders who are between 5’6 and 5’11. It’s a decent height range, but it’ll be out missized for a decent number of people on both ends of the spectrum.

The bike sadly doesn’t come with a smart display; instead, it has a “thumb throttle,” which serves the same purpose as the display.

It has no screen, but it does have a switch and LCD lights that help you tell which class you’re in. You can even check the battery by holding the power button on the battery and then pushing the button on the throttle.

The bike is on the lighter and smaller end of the spectrum, so its durability isn’t a match for the ZX or the Miami. It can do paved roads, but certainly no off-roading, and is probably pushed on even a paved road if it is bad enough.

The tires it comes with do help fix some of the problems. The bike’s Trooper tires are large and dense with a tread pattern that gives it the best grip.

Overall, this bike is lacking in capabilities. It has the worst mileage out of the Z-series with other downsides like the non-detachable battery and the lack of a smart display.

On the other hand, this is the cheapest of the Z-series available. It’s not complicated with the least amount of risk. The bike’s small size makes it best suited as the first back for younger kids.

Which of the Z-series Is the best?

Taking stock of each SUPER73 bike review, from their mileage to their size and durability, the Z-Miami is probably the best bike for you to buy.

It’s a definite step up from the Z1. It has better mileage, a detachable battery, and a smart display, but it also doesn’t match up to the ZX in terms of mileage or durability.

The Z-Miami has found itself in a happy medium in between the other options.

The middle ground can suit most people without being too oppressive on wallets.

So is SUPER73 worth it? If you’re looking to push what your bike can do, go for the ZX, but if you’re looking for a bike perfect for a pleasurable joyride, then the Z-Miami is the right one for the job.

Thank you for reading this SUPER73 ebike review; I’m sure it’ll be helpful when making the right purchase.